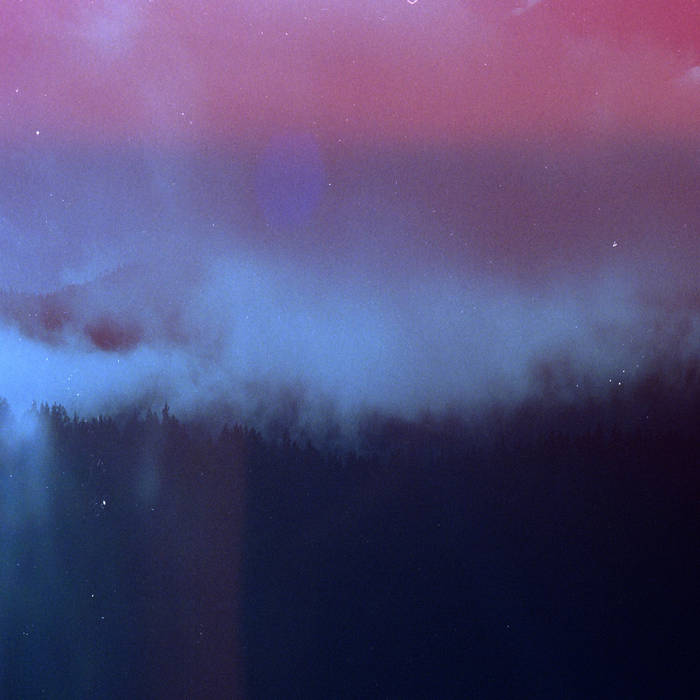 Weber & Alcantu it's night : under fir trees : deep in the forest : your body : on the riverside : a ghost in the sky : you bathe in the moonlight : and a deer drinks from the flowing water.

plasticseahorse Dreamy and narcoleptic tunes that integrate the spirit of folk music into the ambient aesthetics. Put this record on while taking a scroll around the block at night and you might start visualising people who might never be seen again in real life emerging at the end of the street. Grief is the essence of this album, and it seeps through like tentacles. Favorite track: Crater Laugh.

Joe Borreson Stunningly somber folky songs and earthy rooted music that was created out of sadness, but shared for the world to move us into the light again. Very well crafted and wonderfully recorded and mixed album. My favorite Mute Forest album for sure. Favorite track: Morning Guitar.

Lost Tribe Sound One of the most thoughtful, patient, and large-hearted songwriters in this modern day. Though Mute Forest is not widely known, the music is of the highest caliber. This might not be the high octane, face grabbing pop that seems to permeate everything with its stink these days. These are slow-burning, creeper-like anthems, that will solidify in your brain, given the right amount of time and attention.

There is a moment early on in 'Riderstorm' where a submarine-like pulse swells, then fades into the void. “Truth is a wave,” Kael Smith pronounces, “A rave I just can’t hear.” On Smith’s second album under the Mute Forest moniker, truth seems to slip in and out of his hands like a moth. Amongst the album's ten sonically rich and verdant songs produced by Mike Bridavsky (Magnolia Electric Co, Rivulets) these moments of clarity are bountiful; textural brush strokes strip away, the lens focuses in, and with a magnifying glass the listener peers directly into Smith’s vulnerability.

“This has been the most difficult record of my life to make... or at least to get started,” Smith explains.

Tragedy befell Smith (aka Mombi) in 2017 when his father died from alcohol abuse. Smith mentions, “There was a very long stretch after my dad died that I didn’t play music, my love for it was gone. I had an incredibly difficult time coming to terms with the idea my father would never hear another song of mine. And when you feel your best music is still to come, it’s hard to cope with that notion.”

It took a workmanlike approach to finally kickstart the material that would ultimately find its way onto 'Riderstorm.' Smith elaborates, “I climbed out of the muck by forcing myself to play open mics with only sketches of songs written. Sometimes I had so little to work with I would just go on stage and improvise with guitar loops and lyrics. Having that weekly deadline forced my hand and often times it was thrilling.”

That thrilling energy is captured exquisitely on 'Riderstorm.' The album is flush with guitars, bass clarinet, saxophone, organ, backing choirs, drums and more. All help flesh out what is by far Smith’s most mature release and a bold step in ear-percolating production. “Once I had about 10 songs mapped out I knew I needed the recordings to be special. Early on I decided I wanted to make a record of purity, capturing live takes with little-to-no computer processing of sounds. That’s when Mike (Russian Recording) was introduced to me,” describes Smith.

Smith spent 12 days recording in the bucolic, funky college town of Bloomington, IN. It was there at Bridavsky’s revered Russian Recording, he found the tools to fill his guitar tracings with flesh and blood. “We filled Russian’s beautiful live room with some of the finest session musicians in the area, all recorded though Mike’s massive Soviet-era vintage microphones and console. When I heard the tracks played back for the first time, I was stunned by their beauty and detail,” Smith recalls.

A bitter-sweet current seems to run throughout the veins of 'Riderstorm' and Smith agrees, “There are songs on here I wish my father could hear…and there are also songs and lyrics I would have never written had he not passed.” He divulges, “I’ve always felt music can be a teleport and there are songs on here that can teleport me to when he was alive. The hope is the album can teleport someone else out there somewhere beautiful too.”

'Riderstorm' comes in two physical formats. The CD arrives in a Japanese-style gatefold jacket featuring full color artwork by Berlin-based visual artist, Gundula Blumi. The album was also pressed to 150gm vinyl using the lacquer cut method by the high quality plant Gottagroove in Ohio, USA. The vinyl comes housed in a beautifully textured, 350g reverse print jacket, with an interior anti-static black poly-sleeve, and lyrics and credits insert. The CD edition is limited to 100, while the vinyl edition is limited to 150 editions.

BEST OF 2020 - SIDEWAYS THROUGH SOUND

2020 IN REVIEW: ELECTROACOUSTIC & EXPERIMENTAL FOLK - "The album was realized with careful attention to arrangements and recording methods that allow Smith’s lucid guitar lines and vulnerable vocals to resonate with crystal clarity" - STATIONARY TRAVELS

FAVORITE ALBUMS OF 2020 - (Joel) THE STILLNESS AND THE DANCING

ALBUM OF THE WEEK - "Narcoleptic ballads punctuated by acoustic arpeggios and atmospheric passages pervaded by muffled heat, Smith brushes a sequence of songs imbued with a bittersweet melancholy, with strongly meditative features, which however does not fail to present well-pronounced dynamic joints" - MUSIC WON'T SAVE YOU

"With each new listen – given time to breathe and ingrain itself – I have found new new things to love about Mute Forest‘s latest offering. It has proven to be a densely ambient, folk soundtrack for discovery and growth, teasing the varied and sometimes uncomfortable adventures of life; not only by looking outward into the world, but also venturing inward." - (Shaun Milligan) EVERYTHING IS NOISE

"If ever there was an album for our times then Mute Forest's new LP for Lost Tribe Sound might be it. The soporific ambient folk palette makes no attempt to disguise the underlying melancholy but its soothing tones will be a welcome respite for any anxious mind in resigned isolation." - THE SLOW MUSIC MOVEMENT

"Big recommendation for anyone who fancies some slowcore ambient-folk with deftly deployed, nocturnal post rock atmospherics" - NEWS FROM NEPTUNE MUSIC

"Riderstorm is a permanent game with the elements, the liquid, the solar, the cloudy and the foggy. From the fall of an atom to the birth of a wave, from the shimmer of the sun in the current of a river to the roar of the ground, Riderstorm says nothing but says everything." - (Greg Bod) BENZINE

Video footage for "Crater Laugh" was used and modified under CC by 3.0
Taken from Hanna Ueda's film "Kaidou"